The Art of Rebounding a Basketball 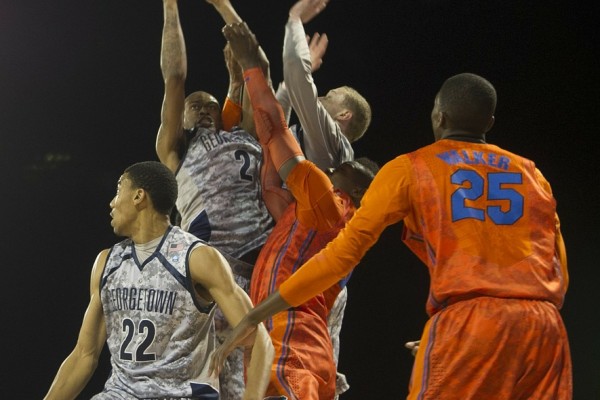 You cannot become a championship caliber team or player without dominating the backboard! The team that controls the backboard during a basketball game would most likely win. Why? More basketball rebounds leads to more possessions, and more possessions lead to more second-chance scoring opportunities. And, the team with the most second-chance scoring opportunities will win.

How important is rebounding? Every player on a team should learn how to rebound effectively, regardless of your position on the team. The reasoning behind this is that, every player should form the habit of attempting to grab the rebound after either an offensive or defensive shot has been made. Each player should always assume that the shot will be missed. With that being said, a team should have five solid rebounders on the basketball court at all times during a game.

What are the traits of a great basketball rebounder? Although your size and height as a basketball player could give you an advantage when attempting to rebound a basketball, they’re not the primary determining factors to becoming a great rebounder. For example, Dennis “the worm” Rodman was one of the most prolific rebounders in the NBA (National Basketball Association), despite the fact that he was an average height of 6-7″ as a professional basketball player and barely weighed 210 lbs. Although he was not a great scorer, his uncanny yet masterful ability to successfully grab rebounds (both on offense and defense) helped his teams win several NBA titles and earned him two consecutive defensive player of the year awards, which is an incredible accomplishment. What Dennis Rodman and other great rebounders knew is that, one of the main keys to effective rebounding is Positioning–not your height or size.

Once you have established an inside position, the most effective way to grab a rebound is by leaping straight up in the air with great explosiveness and power using both feet, keeping your legs spread apart and butt pointing outward, and grabbing the basketball with both hands. Bring the basketball in front of you after you grab it instead of keeping it over your head.

This keeps your opponent away from you, and prevents him from grabbing the basketball or smacking it out of your hands as you are coming back down after you have grabbed the rebound.

Catch all rebounds instead of batting the basketball into the air or out of bounds. This would allow you and your team to maintain possession of the basketball.

Protecting the basketball after a Rebound

All your effort to grab the rebound and regain possession of the basketball would be in vain if you do not protect the basketball on your way down. Remember, after you grab a rebound, you will usually be surrounded by opponents that are standing by ready and eager to steal the basketball from you. Be alert and vigilante!

Pivot away from an opponent that might be trying to steal the basketball away from you. Do not put the basketball on the floor immediately after going up for a rebound, especially if you are surrounded by your opponents.

Keep your head up after grabbing the rebound so that you can easily scan the entire basketball court to see if you can find an open teammate who might be positioned to lead a fast break for an easy score.

There you have it…Becoming an awesome rebounder is as simple as (1) Establishing great inside position; (2) Grabbing the rebound; and, (3) Protecting the basketball after you grab the rebound. With constant practise, there is no reason why you cannot become a top, if not the best, rebounder for your basketball team. In addition to mastering the mechanics of grabbing a rebound as illustrated above, equally as important is developing a mindset or attitude that you will attempt to grab every rebound during a basketball game. Remember, it is not the “size” of the rebounder that matters; rather, it is his burning desire to go after every rebound.

Would you like to learn how to master the other fundamentals of basketball (shooting, passing, dribbling, playing defense and so on) so that you can elevate your game above the rim? You can do so by visiting http://www.basketball-drills-and-tips.com