Tips For Passing a Basketball 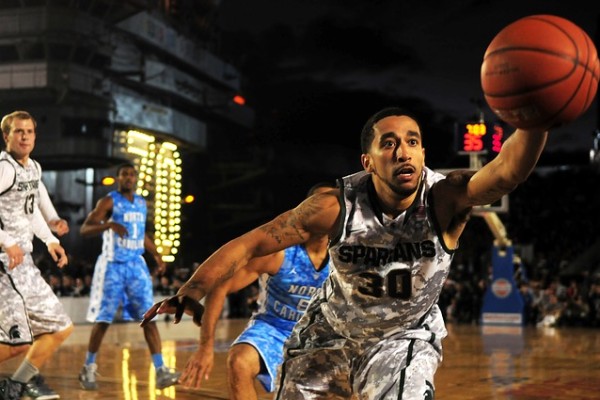 What do Pete “the Pistol” Maravich and Magic Johnson have in common? If you answered that they were both great play makers and masters at passing the basketball, then you would be correct.

Basketball is a team sport. Unfortunately, a lot of basketball players, make the mistake of thinking that they can win games and championships by solely outscoring their opponent(s).

FACT: Not a single basketball player, since the invention of basketball by James Naismith in 1891, has ever won a championship without involving his teammates–that is over 100 years and counting!

Even Michael Jordan, one of the greatest basketball players of all time, did not win his first NBA championship ring until after he learned how to “share” the basketball with his teammates by creating scoring opportunities not only for himself but also for his teammates–in essence, he improved his basketball passing skills.

And, you as a basketball player should definitely try to master all the different type of basketball passes. However, only the chest pass will be covered in this article.

How To Make A Chest Pass

The chest pass is one of the most important passes in basketball. To make the chest pass, do the following:

How To Make A Chest Pass To A Teammate

The ball should be drilled at some point between your teammates shoulders and waist. As the ball travels, it should have good back spin.

Reasons why the chest pass is effective

The chest pass is effective for many reasons:

The correlation between the success of any basketball player and his ability to pass the ball effectively cannot be emphasized enough. To score in a game of basketball, you must first have an opportunity to shoot the ball. Since there are five opposing players, you cannot always create this opportunity alone. Most of the time, only an accurate pass will lead to a score. This is the epitome of teamwork.

You can find more FREE  resources including actual basketball videos on how you can improve your basketball skills by visiting http://www.basketball-drills-and-tips.com