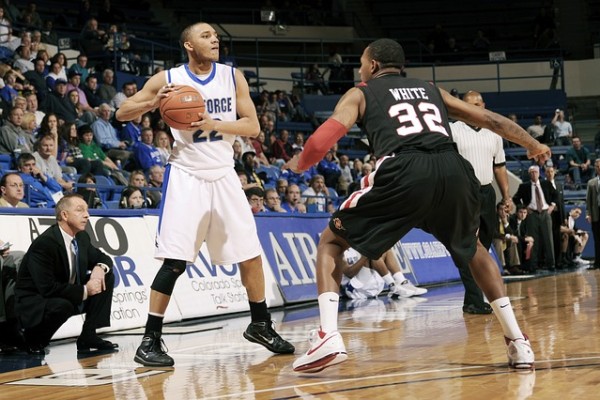 Designing a basketball offense to be run against a man-to-man defense is relatively simple – set up screens, pick ‘n roll situations, one-on-one situations, etc. Easy to design but, of course, not always easy to execute. To carry off these plays requires good fundamental skills and lots of practice.

I like the opportunities that a fast game offers, so my teams usually have a fast break as our first option. But of course, you can’t fast break the entire game – situations will arise where a fast break can’t be used, and your players won’t be able to sprint for forty straight minutes. So I’ll also have a couple of plays under our belt – one to use against a man-to-man defense, and one to use against a zone defense. And maybe another just to mix things up every now and again, but no more than that – I don’t want to confuse my players any more than I absolutely have to.

Choose a set basketball offensive play to use against the zone and practice it. And when you practice it, be sure to drive home to your players the need to move the ball quickly, to cut fast, shoot when the opportunity arises, and to keep an eye out for the open man. Because if your team follows these steps, opportunities will happen.

You will find a few offensive plays and more of my thoughts on offensive strategy on this page: Offensive Strategy from my Better Basketball Coaching website.

Gary has been coaching varsity basketball for over fifteen years. Read more of his coaching advice on his website http://betterbasketballcoaching.com.